A unique film challenging mental health stigma through the eyes of young people in Norwich, UK.

The participants, aged between 15 and 25 worked together with artist Anita Staff to create thought provoking images and text that challenge the stigma surrounding mental health.

They used photography as a visual language to express their experiences with being in contact with mental health services and lack of awareness and understanding within the wider community.…

We were recently asked by Nev Jones, to provide a contribution to the recent report: Peer Involvement and Leadership in Early Intervention in Psychosis Services: From Planning to Peer Support and Evaluation.

Peer Support: a shared journey - two films from the Institute of Mental Health

These 3 documents are part of the ‘Social Work for Better Mental Health’ initiative. They aim to help improve social work across the mental health sector, and to make sure the value of social work in improving mental wellbeing is recognised.

The aims of this survey are to help build a map of the trends in working conditions for mental health workers in the UK. Through the Surviving Work Survey and anonymous case studies the aim is to create a map which measures:
– trends in wages and earnings in the sector
– what jobs people are doing in mental health
– the scale of unwaged and honorary work, principally by trainees
– growth of private contractors and private employment agencies providing clinical services
–…

The Many Faces of Dementia - free online course.

Gain a unique insight into dementia through the stories, symptoms and science behind four less common diagnoses.

These interviews appear on Dr. Maisel’s Psychology Today blog “Rethinking Mental Health” from mid-January, 2016 through the end of April, 2016 and complement Dr. Maisel’s new book The Future of Mental Health: Deconstructing the Mental Disorder Paradigm, which you can … 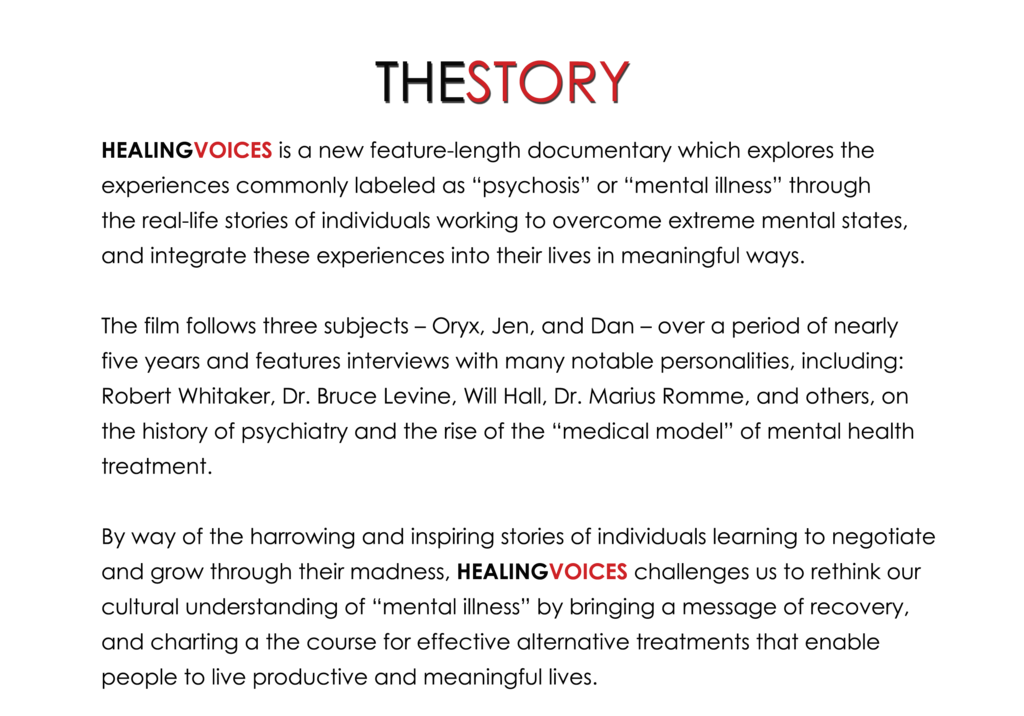 Listening to Voices: Creative Disruptions with the Hearing Voices Network.

Listening to Voices: Creative Disruptions with the Hearing Voices Network is a research project that tries to understand how we can listen to voices that we find difficult, disruptive or challenging, whether these seem to come from inside or outside ourselves. It has been created by voice-hearers, academics and independent artists who are interested in asking why and how we silence voices in ourselves or others and how we might help increase understanding about the experience of hearing…

This collection of writings by mad activists, academics and researchers showgrounds new thinking and innovative practice in survivor-led interpretations of and responses to mental distress.

Edited by Jasna Russo and Angela Sweeney and with an international spread of contributors, the book includes incisive critique of all that is unhelpful about mainstream (sanestream) understandings of and responses to mental distress and descriptions of pioneering, user-inspired and user-delivered… 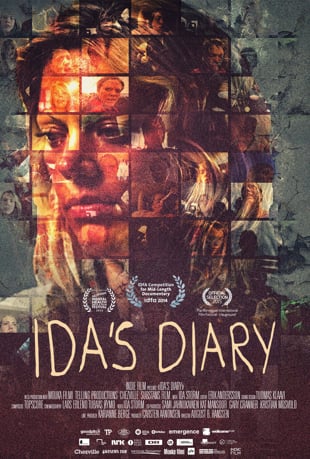 Coming of Age on Zoloft

When Katherine Sharpe arrived at her college health center with an age-old complaint—a bad case of homesickness—she received a thoroughly modern response: a twenty-minute appointment and a prescription for Zoloft—a drug she would take for the next ten years. Her story isn’t remarkable except for its staggering ubiquity. When Prozac was introduced in 1987, taking psychiatric medication was a fringe phenomenon. Twenty-five years later, 10 percent of Americans over the age of six use an SSRI…

This special issue aims to add to the existing knowledge base about evidence-informed practice (EiP) in education. Discussions and debates about the role of evidence in an educational context are not new. Indeed, a variety of programmes and resources have been developed over recent decades aiming to improve the quality and usability of educational research and ultimately, its impact on teaching practice. However, EiP is still very much a topic of academic and professional discussion, and…

These resources (kindly shared by Lionel Rice) may be of use in learning and teaching about dementia.  Other useful links can be found by using the search box at the top right of the mhhehub screen.

Dementia through the eyes of women.

Dementia disproportionately affects women, but their…

Stand by me: e-learning training resource on dementia

The course incorporates six video dramatisations across different settings including following Maggie and Mick as Maggie receives a diagnosis of dementia, gets help at home, and moves into a residential care home; and following Marty and Mary and his family as he needs emergency medical care, a stay on an acute hospital ward and as he nears the end of his life. The Stand by Me course is divided into 10 interactive modules, with the 10th module being the assessment. Additional video…

Jenny's diary: a resource to support conversations about dementia with people who have a learning disability

Jenny’s Diary is a free booklet and a set of postcards aimed at supporting conversations about dementia with people who have a learning (intellectual) disability.

Conversations about dementia are never easy. All dementia strategies in the UK state that everyone is entitled to know of their diagnosis, not only as a human rights issue but as part of developing appropriate and individualised post-diagnostic support. Currently there is limited guidance on how to explain dementia to an…

RADICAL TEACHER, founded in 1975, is a socialist, feminist, and anti-racist journal dedicated to the theory and practice of teaching. It serves the community of educators who are working for democratic process, peace, and justice. The magazine examines the root causes of inequality and promotes progressive social change.

RADICAL TEACHER publishes articles on classroom practices and curriculum, as well as on educational issues related to gender and sexuality, disability, culture,…

The great 18th century writer Dr Samuel Johnson, who suffered from severe bouts of depression, said “the only end of writing is to enable the reader better to enjoy life or better to endure it.”

This free online course will explore how enjoying literature can help us to endure life.

Taking Johnson’s phrase as a starting point, the course will consider how poems, plays and novels can help us understand and cope with times of deep emotional strain. The reading load will be…