Integrating mental health and social care - does it work in practice?

In the second of the Centre for Mental Health’s series We need to talk about social care, Kim Woodbridge-Dodd looks at the integration of mental health and social care,  the benefits behind this and the challenges faced on the ground. 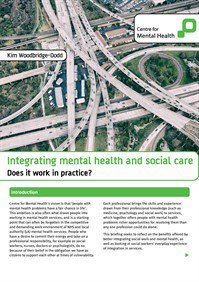 
#socialcarefuture is an initiative – voluntarily organised – which aims to bring about major positive change in what is currently called “social care”. Those involved will be citizens, people using public services and their families, workers and professionals, managers and politicians. #socialcarefuture is being steered by an informal group and is open to involvement from others wanting to offer ideas, skills and…

An exploration of UK alternatives to psychiatric hospitalisation for people in Mental Health Crisis. Filmed in 2002 by Bryony Rogers.

A new vision for mental health

‘Have you ever wondered what mental healthcare would look like if, knowing what we know today, it could be redesigned from scratch? A New Vision for Mental Health is an innovative website that seeks to answer this question by taking a critical, informed and constructive look at the current mental health system. It explores ideas, insights and suggestions – from a wide range of individuals and organisations – that might, in time, lay the foundations for a new and quite different approach to…

'Maintaining momentum' highlights failings in specialist mental health services in England, and the devastating toll this takes on patients and their families.

The report's findings provide fresh impetus to deliver on the recommendations set out in the NHS Five Year Forward View for Mental Health.

Dr. Russell Razzaque is a London-based psychiatrist with sixteen years’ experience in adult mental health. He is the author of Breaking Down is Waking Up. He has worked for a number of national and international organisations during his career including the University of Cambridge, the UK Home Office and the Ministry of Justice. He currently works in acute mental health services in the NHS in East London. He is also a published author in human psychology with several books on the subject and…

The latest issue of Asylum magazine is out now. There are a number of ways in which you can contribute to Asylum:

Tackling and reducing health inequalities means giving everyone the same opportunities to lead a mentally and physically healthy life, no matter where they live and who they are.

With children in mind: call for papers

This issue of the Journal of Public Mental Health will, specifically, cover the promotion of mental health and emotional wellbeing and the prevention of mental ill health and crises in children and young people. Manuscripts are sought that discuss the role of parents, carers, teachers and health care staff in the promotion of good mental health, including resilience and wellbeing.…

Projects of the Self A Being-Human funded research project into resilience, grit, and self-efficacy narratives in Higher Education

This project was set up as a result of concern with the growing neoliberalisation of higher education, and to explore the widespread adoption of approaches informed by notions such as grit, resilience, and the Growth Mindset.

What is psychosis? - film

Film made of responses from the ISPS conference delegates, 2017. 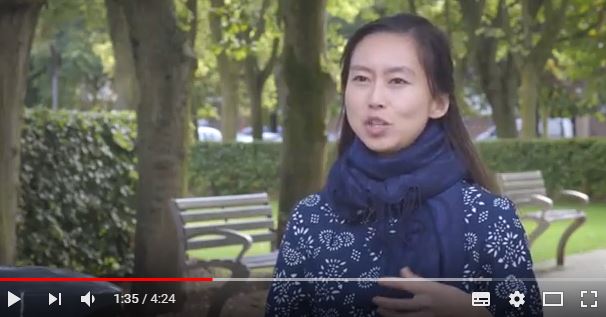 See HERE for details of the latest issue of Asylum magazine.

Do you, and/or your organisation, subscribe?  Subscription rates are very reasonable - for both individuals and institutions.

"The only real and radical…